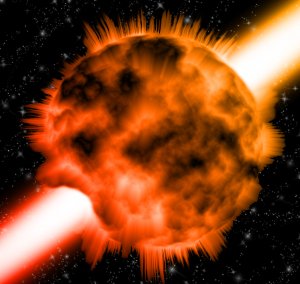 Good day Todd. I have recently read one of the cases in a Delores Cannon book that had to do with a spacecraft pilot who was away from his home planet of Mars when a nearby planetary population managed to destroy their planet. Apparently the effect on the Martian atmosphere killed everybody off. Finally to my question. When one collective of one timeline out the multitude timelines on a planetary sphere manage to destroy the planet, how do the inhabitants of the other timelines perceive their own demise and where does the planetary collective move to once planetary sphere used for experience and ascension no longer exists ? If I remember correctly, in this case, the Martian planetary collective joined the Earth’s planetary collective. It was not explicitly stated where the destroyed planet’s (Maldek ?) planetary collective moved to. Thank You for service. I use Delores Cannon’s work to bend my mind and use your books to help make some sense of what I have read. This question came to me while re-reading ‘The Mechanics of Splitting a Timeline’ in your first book.

I really enjoy it when a question comes in that asks for detail in the third book. It let’s me know I’m working on something that others are interested in. I share my information freely when it is requested as I abide by the universal law of continuity. As with everything I share publicly, if it assists you then we have both been enriched by the exchange. If it does not, please release it in the spirit in which it was offered.

First of all, Maldek is not what the planetary collective called their planet. They didn’t have the same vocal cords as Earth humans and what they called it would be unintelligible to us. They had also attained conversational telepathy which meant that audible sounds were mostly relegated to the way we use curse words to emphasize emotive content. I will refer to it simply as “The destroyed planet”.

As stated in my books, there is a descending order of consciousness tasked with the organic ascension of consciousness within a solar system. In reductive order, we have the Galactic consciousness, the system consciousness, and the planetary consciousness. The planetary consciousness exists at a sixth density octave and the various timelines contain organic consciousness that then ascends through the densities to join the planetary collective. Our system was intended to have four planets that would cultivate organic ascension. Allowing a timeline, or multiples thereof, to completely obliterate a planetary sphere is not a normal occurrence. Consider building an elaborate mansion that took innumerable years of meticulous effort to finish, only to watch it be destroyed by those unaware of how much was invested. Unfortunately, it has occurred more than once, but has not been allowed since the rebalancing of polarity began in earnest.

The existing planetary collective consciousness was deeply affected by the inability to prevent the destruction of the planet it was tasked to nurture. It chose to join the system consciousness of our solar system so that its experiences could be used to help offset the imbalance it created.

As we look at Mars from Earth and with our probes, we are only able to observe the timeline that matches our current incarnated vibratory state. The physical planet still exists and the planetary consciousness responsible for it still surrounds and nurtures it while multiple timelines of ascension continue. When we think of aliens and UFOs the tendency is to peer out into space and wonder what habitable planets in other solar systems they came from. To the question of origin, we also need to add civilizations capable of slipping timelines and entering ours. This includes the alternate timelines of Mars and Earth. The gaseous atmosphere surrounding a planet is unique to each solidified timeline. The other timelines on Earth behind and beyond our level of development do not contain the hydrocarbon pollution that we are currently pumping into ours. Similarly, the other timelines on Mars still have an atmosphere and have no idea that the one we observe does not. With these concepts in mind, being visited by Martians is not completely out of the question.

The planetary consciousness of Earth agreed to assimilate a large portion of first through third density from the destroyed planet. The hope was that this additional density would eventually ascend creating a more powerful planetary collective consciousness that would offset the loss of the other planetary sphere. This amalgamation created some confusion that is now in the final stages of rectification.