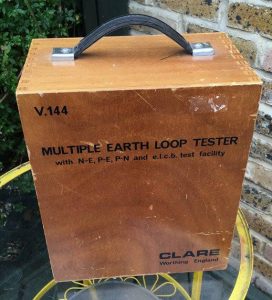 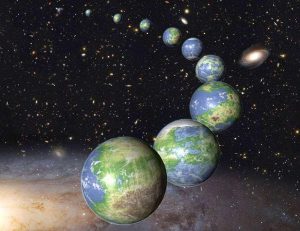 I have some questions that will fill in a lot of blanks for me:
1) Does earth become a verdant world or does industry remain?
2) Are there infinite Earths where varying degrees of each play out?
3) What about populations of third density humans? Do they completely die out or does some plane of earth still host them centuries from now?

I guess I’ve had these questions for a while. Thank you for helping me.

The question above contains several material outcomes but does not indicate a moment in linear time where these perspectives are being observed. The other identifier required to pinpoint the outcome that would be observed is: what timeline are you focused upon?

There is only one material sphere that we identify as Earth. Upon it are multiple material timelines separated by increasing frequency and wavelength coexisting at any moment of observation. Some call these holographic realities but that term does not adequately define the complexity required to solidify an entire material construct that millions/billions of consciousnesses interact within. The gridlines/leylines you hear about are the indexing energy points that lock the timelines to the planet and allow them to be made manifest.

The movement of a material sphere (Earth) through space creates a resistance to motion (gravity). If you select two points along this trajectory you find that a period of ‘Time’ was required for the sphere to move from point A to point B. This linear expression of transit through the galaxy is observed by consciousness incarnated upon the planet. Material timelines use this linear expression to create the illusion of past, present, and future.

In my first book I discussed the creation of the originating timeline upon a planet and divergences that occur as consciousness embarks upon its journey toward energetic maturity. I’ll summarize here but recommend that you refer to the book for a better understanding.

When a portion of consciousness grows beyond the limitations of the original timeline construct, a new timeline diverges from the original. At that point two timelines exist upon the planet, one with originating energetics, and one that contains consciousness seeking higher understandings. Earth has been involved in this process much longer than our history records. Multiple timelines currently coexist with the one we observe as a singular expression winding backward into history. The primitives, the Romans, the Vikings, and many other civilizations we consider historical are still in play on Earth. Future timelines also exist on Earth because the originating timeline has already ascended into the collective. Divergences from this timeline that we would observe as the future are also still in play. I say all of that to support the following statement:
All of the perspectives listed in the question exist, have existed, and will exist. Which one you observe will be a function of the timeline you are focused upon. Let’s answer each question:

1) Technology is a result of advancing consciousness. When we say ‘technology’ we naturally think in terms of our current state of development, but technology is defined as: the application of scientific knowledge for practical purposes. As we move into a higher energy, and therefore a new way of thinking, we will apply our scientific knowledge differently for the betterment of all. Sequestering knowledge for power and control (patents, state secrets, withholding free energy devices, etc) will seem foolish and counterproductive. Destroying the biosphere that supports life to engage in the illusion of personal wealth will be seen as insanity. Technology will remain, expand, and take on a new dynamic in the ascending timeline construct. This timeline is not a “Coming soon” ideal. As a collective we have begun to create it and have one foot in the new and one in the old. Many of us are straddling the two realities as we hold out our hand to those awakening from their slumber. So the answer to this question is yes to both. Earth becomes increasingly technologically advanced as we come to our senses and return it to the paradise it was intended to be. Those choosing to remain in the old construct will experience a different scenario that is required to help them understand cooperation and inclusion of all so that they too can learn collectivity and begin their ascension into the new.

2) There are not infinite Earths. As previously stated, there is a single physical sphere with multiple timeline constructs operating upon it. They are not infinite, but are a result of collective divergences like the one we are currently engaged in. Some are primitive, and these are where newly minted third density consciousness becomes familiar with the bipedal humanoid form. Other timelines are at various stages of advancement where consciousness in separation learn their lessons as they gain the energy within their array to begin to feel harmonic collectivity (discussed in detail in the second book). The important concept here is that these multiple timelines on Earth are like grades within an education system. As you master one, you move to the next level and the lessons become increasingly complex.

3) From the answer to question two we can conclude that third density has levels that must be ascended through just like all of the other densities. Therefore, multiple third density timelines exist on Earth and will continue to be here for a very long period of linear time. In the distant future, Earth and its system consciousness (the sun) will reach energetic parity within this quadrant of the galaxy and ascension through the physical densities will end. But not yet…

As I and many others have stated, the reality we currently exist within is in the process of diverging. A portion of incarnated consciousness is pushing upon the existing energetic envelope in its quest for higher understandings. This is a normal process that has occurred countless times throughout the universe. When these shifts happen, the changes occur slowly so that consciousness can acclimate to new abilities. I don’t align with discussions regarding abrupt, drastic changes (except for the removal of polarity in consciousness). They sound amazing and they make people read and share content because it builds excitement, but a brief scan of history indicates that physical evolution is a slow process. Barring some cataclysm that forces life to adapt quickly in order to survive, changes occur slowly. I know I’m a little off topic based on the original question, but this is an important concept that needs to be assimilated. Being told to expect miracles that never come eventually creates disappointment. When you don’t see what you expect, you assume nothing is happening and turn your attention elsewhere. There is so much happening in this galaxy and on Earth that it is impossible to list it all, but to those not watching the subtle changes it appears as if nothing has changed. You must look around the edges of your reality. It is here you will begin to see the changes; the sharp edges are being smoothed.

Body changes:
We are moving into a higher energetic construct. This means that more energy will be available to our conscious array. This energy will not come all at once. It will be metered as it has been thus far. The energy surges others are talking about are the first steps in acclimatizing us to the increasing energies. This energy is transmitted to our bodies through the chakra system. Our bodies are subtly and slowly changing to accommodate these increases. Some use the term ‘crystalline’ as they discuss the concept of how our vehicles are changing but that term is misleading and fundamentally incorrect. Many generations from now doctors will still be working with a body that ‘appears’ unchanged. The differences will be anatomically subtle and undetectable. What doctors will notice however is that they have fewer patients because sickness will slowly taper off. More energy means an increased ability to hold your divine template. You will become healthier and at some point realize you haven’t been sick in a long time. With decreased sickness comes increased lifespan. This too will occur slowly in those efficiently using the new energies. When you see someone in their seventies moving and acting like they are thirty, you will want to know what they are doing… Listen closely to what they tell you.

We are fully immersed in the shift and for those paying attention to the subtleties, the changes are obvious. This is so much fun. I hope you are enjoying the ride because you had to wait in line for the opportunity.

I am going to be in Sedona Arizona April 5th through the 13th. I will be hosting a casual get together at my Airbnb Friday, April 10th . I will give a short presentation to get the questions started after which we will talk about whatever comes up and continue until the last person leaves. I will also be giving QHHT regression sessions during that week. If you are interested in a session contact me directly using the website below so I can get you scheduled.