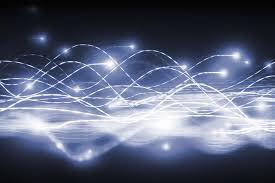 A response to questions by Alice Bryson.

(1) When the 4D group of people move when the divergence is complete, will 3D people who “then” ascend either in days/weeks/months/years move into this new construct?

As embodied consciousness within a space-time construct we have difficultly with the concept that time is not linear. We can look back within our reality and see a fixed history that leads to the current moment and a future that has not been created. In that regard we do not understand that history behind us is still active in other constructs and that versions of our future are seen as past events in others.

To give this some perspective, consider the original Earth timeline from which all others have deflected. In it let’s assume that the year is 3018. In this space-time construct they are 1000 years ahead of us and they are at the pinnacle of fourth density embodiment. From this original timeline there are hundreds of branches that have diverged to create their own construct, of which ours is one. Every one of these offshoots were created as a portion of the collective pushed away and created a divergence. In each one, individual consciousness has the ability to increase density and balance and ascend into a higher level construct already in play between incarnations. That will continue to be the case as we move into the new construct and third density consciousness continues to ascend and desires to play in our new co-creation.

Everyone is making a big deal out of the diverging constructs when in actuality it is a normal function of ascension that has happened many times before. It is exciting to experience during embodiment and I am just as anxious as anyone to watch it occur, but it is expected and carefully planned.

(2) If the solar flash/event happens before the constructs diverge – wouldn’t this mean a larger proportion of 3D people transitioning into the new 4D construct? I am just thinking that the event (as reported by QHHT people) would mean lots more ascending from this point?

This is where the unique nature of this divergence is occurring. There is an energetic wave coming that is going to end the polarity experiment (of consciousness) within this galaxy. This overwhelming pulse of creational energy will remove all traces of negativity and will occur immediately before the divergence of the constructs. Since the construct of polarity was created to cause an imbalance in consciousness that then required focus to overcome, its removal by definition infers that ascension will become easier for everyone. Will the pulse and resulting removal of negative polarity be enough to push some into the new construct? Perhaps, but that is going to depend upon where each individual is along their path toward balance and unity.

Ascension in consciousness is a personal journey until you achieve the density and balance of fourth density and begin seeking collectivity. Are we witnessing collectivity in the awakening communities? Of course we are because they are part of the ascending construct that is pushing on the envelope. The energetic wave that removes polarity is not going to cause rapid photonic division or artificially accelerate individual consciousness in and of itself. The process of ascension requires repeated embodiment to create a rich and balanced experiential pathway. There are no shortcuts, only a more direct and determined path devoid of distracted wandering.

Have you ever watched someone who was promoted to a management position that lacked experience? If the promotion placed them far beyond their experience and abilities, it was probably uncomfortable to watch and even more uncomfortable if you were their subordinate.