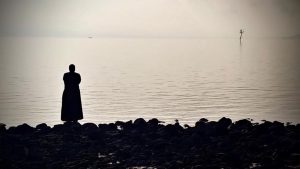 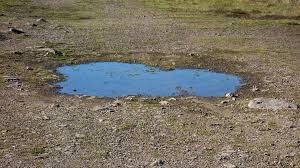 Way back in 2016 (so much has happened since then) I was in my car at a stop light and I had a momentary ‘excursion’. While I was sitting there I shifted into something that felt completely different than the mundane commute I was actively engaged in. The light was brighter, colors more vivid, and happiness felt like it was electricity present in the air. My response to this was the same that anyone else’s would be; I mentally grasped at it as I tried to hold on to the feeling as long as I could. I seemed to be there longer than a normal wait at a traffic light, but before I knew it the car in front of me was moving and I dropped back into reality as I instinctively followed it. While I didn’t know it at the time, two years later I would experience a more immersive shift. In between those events and the time of this writing, I have been engaged as a client in numerous sessions that connect me to a higher state of consciousness. Anyone who has driven to the same location repeatedly knows that at first you follow the directions, on a map or GPS while looking for landmarks to help guide you to your destination. After a while you stop following directions and rely on the landmarks. Travel the same path enough times and the landmarks along the path fade as you develop an unconscious autopilot getting you to your destination without much effort. This is my experience in consciousness, as the landmarks I follow into my connection with unity have become familiar and expected.

I just finished two weeks of vacation where I worked everyday to create a sacred space for my clients. This was made possible by the generous donations of others that allowed me to purchase the needed materials. -A huge public thank you to everyone- During my time of singular focus on the studio, I received several messages asking about the current state of polarity on the planet. Now that I’m back at work listening to my coworkers talk about world war three and Iran, I understand why. I have been so disconnected from everything that I had no idea what current spin was being foisted upon the collective consciousness, and I don’t see that as a bad thing. Let me explain…

The first concept that must be understood for everything else to make sense is this: Negative polarity is an artificial construct. Positive polarity is the default energy of the multiverse and is only termed ‘positive’ as it relates to the artificial opposition, termed ‘negative’. Consciousness exists as oscillating particulate that generates kinematic forces. The concept of harmonics as it relates to musical octaves is a close approximation to what is occurring in consciousness and there are numerous articles out there related to the concept. To understand the artificial nature of negative polarity we must discard the concept of electrical potential that comprises our material world and look to the harmonic scales of music. Musical oscillations do not require a negative oscillating field for them to exist, you exert pressure upon the device and it creates the sound it has been tuned to provide, and the same is true of consciousness.

Each individualized consciousness is an instrument that is being tuned according to the focus of the musician (YOU). In every moment you are choosing what tune your consciousness is playing, whether you are aware of it or not. As previously stated, the default energy of the universe is positive. This musical oscillation is the overwhelming resonance and everyone tuned to it exists within its unified harmony. The negative oscillation is an artificial creation whose kinematic capacity is determined by the number of musicians (individualized consciousness) willing to resonate within its spectrum. This is the second concept that must be understood: Negative polarity is created through intentional focus.

If we combine these concepts; that negative polarity is artificial, and it is created through intentional focus, a clearer picture begins to form and with it the need to be aware of what you are focusing on.

I have been completely disconnected from any information beyond what I am acquiring through my own senses and consciousness. From my perspective, our reality seems much lighter and brighter than it was just a few months ago. The envelope of polarity is collapsing and it has reached a point where I can feel it. This is why I haven’t asked about a polarity update in session, it doesn’t seem relevant anymore. We have reached a point in our collective journey where I am beginning to recognize some of the landmarks and I know where we are. Yes there is still negativity and it is doing everything it can to maintain relevance, but it is only stalling the inevitable conclusion. The higher density negative entities are well aware of what is happening because they can feel the contraction in available potential. Let’s put this into context.

Imagine that you are standing at the edge of a body of water and it is raining. You cannot see land on the other side and do not know how far the water stretches into the distance. To everyone standing on the shore, this body of water is without end. It has been raining as long as you can remember and you have watched the water level slowly rise over time, moving away before it engulfs you. Your existence and the actions of everyone in your world revolve around this body of water. It appears as if life could not exist without the water and the focus placed upon it. Then one day the impossible happens, it stops raining. As the clouds dissipate, a new force appears that halts the rising water. The light has arrived and with it heat that begins to evaporate the threatening water. Some want the focus to remain on the water because they do not know what happens after it is gone. They are comfortable with the familiar and want it to continue. They make their voices heard, “Look there is still so much water! Nothing has changed. Keep doing what you have been doing.” As the water continues to recede those wanting to stay in the familiar move their cameras closer to the water and continue their broadcast, but they know that eventually all the water will be gone. They don’t know what else to do, so they continue their messages.

Some of the people have stopped listening to the messages of water and have found a pathway that leads away from it. As they stand at the precipice of their first plateau they look back at where they came from. The water that seemed so ominous and endless as they stood at the shoreline was nothing more than a lake. Fear was the only thing holding them in place.

It’s time to look up from the shoreline and find the path away from it. Yes, the metaphorical lake of negativity still has water in it but you are not in danger of being consumed by it unless you decide to jump into it.

The rain has stopped, the sun is shining, and the lake is shrinking. Look up and embrace the light.

Support me in my effort to create a sacred space (then come visit it): gf.me/u/w7n47b