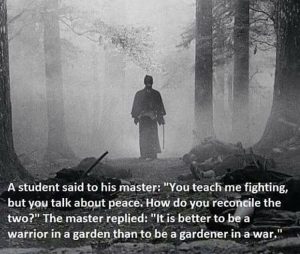 During my awakening process I began to see the lives I had lived that make me who I am in this moment, in this body. I am not a single lifetime of ego, but rather a compendium of experiences built one upon the other from which I draw from to form my ideals. I have discussed the need for a balanced perspective within consciousness and I would like to share my personal perspective on this as I reflect upon the journey that has led me here.

Long ago when polarity began mutating into something unexpected the Universe was watching as it began to work with this new concept. Since the Universe operates within an energy balance, the initial thought was to contain it and balance it with the appropriate amount of positivity. To do this the Galactics created fragments of themselves and sent them into this Galaxy with excess density. The thought was that this would allow them to create locations of light that would anchor and balance the polarities. History is full of stories of ascended masters who brought wonderful teachings to this planet, and this was not the only planet.

This is how my time in this Galaxy began as a healer at the temples of Asclepeion. I spent more than one lifetime there and it was a wonderful place of love and healing. Everyone was healed without regard for who they were or how much they could pay. This is positive polarity in action; love for all, care for all, for the benefit of all. However, negative polarity does not follow these tenets and cannot tolerate overpowering positivity. Negative polarity quickly found that the easiest way to dissipate positivity is to end the embodiment of those embracing the light. This tactic is well documented throughout Earth history. Galactic history is also littered with positive planets destroyed by negativity while they were living peacefully with no concept of defense or a need for it. As the polarity experiment continued it became apparent that stopping the spread of negative polarity would require an understanding of its most effective tactic; warfare.

The resolution of the polarity experiment within this Galaxy has been a long and winding road for all consciousnesses. The ultimate objective is not to merely remove the polarity or it would have been terminated immediately as easy as snapping a finger. The objective is “To experience” this creation in all of its facets. Looking back upon the path of my consciousness I can see that I have experienced polarity from every aspect. I have been murdered by it as a light worker numerous times as I attempted to hold and spread the light. When this was unsuccessful I then embraced the negative and ultimately commanded legions as I learned the tactics of negativity. At the extremes of separation I returned to the light with this knowledge and began to dissipate negativity in this Galaxy using their own methods.

I am here now, watching and helping as we remove the final vestiges of negativity from this Galaxy. I may not be what some expect when they think of a light worker because my conscious energy signature is confusing. I have been at the extremes of both polarities and this amalgamation makes me who I am, but it also confuses empaths as they attempt to ‘read’ me. I am however transparent and truthful and will open my heart and share all that I am with anyone who asks. That is unity in action and those of a positive nature who meet me should be able to feel the connection. By the same measure I will stand steadfast against negativity and not allow it to impose its will upon my path or anyone in my proximity. This may seem like a mixed message but I would offer that it is the only option. Negativity does not negotiate, it imposes itself upon you.

As you walk the balance beam of unity in a polarized world there will always be things that attempt to push you off your path. You must have the proper balance of consciousness if you are to remain upon the beam and not be pushed to the floor. In my small way, I am attempting to share my hard won balance with all who resonate with the information. I am a healer, and I am a warrior. Both energies run very strong within me and both are equally balanced. I cannot control which one will be felt by another consciousness but know that I am here in love and purpose as I sow the seeds of Unity Consciousness.

In love and service to all creation… Todd Deviney