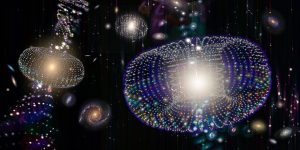 I have received several questions about what to expect as we transition into the new and out of the old. I’ve also had some questions related to something called project looking glass and how it relates to the divergence. My perspective on timelines is not going to mesh well with a supposed device that is attempting to look forward or back into a single one. I agree that the ability to look into timelines at various points is technically possible and actually not that difficult to create. The accuracy of the device as it attempts to sift through the endless strings of varied earth timelines is what I question. Perhaps very small movements forward, maybe weeks or months could provide some benefit as you maintain a lock on the constants. Beyond that, maintaining a lock on a single timeline is going to be problematic. If you attempt to look beyond 2022, what you see is going to depend upon the energetic alignment of the consciousnesses involved in operating the mechanism.

Moving from that topic, let’s discuss the transition into the new timeline.

The idea that a separation was going to occur goes back a long, long way. Before we had the science to understand it we called it “The rapture” and illustrated it as bodies rising up into the air toward a bright light as if going to heaven. Those that remained were treated to experiences much less appealing, so most did whatever they were told to ensure they were part of the floating population.

Fast forward to today and we have just as much conflict and separation as ever but if you are paying attention, the façade is cracking. Those embracing the ideologies of separation and control are slowly aggregating while those embracing peace and unity continue to step away from them. The division is becoming clearer by the day and the most common reason you hear is that “The energies are shifting”. I’ve talked about this before in articles and videos and while it is a true statement, it doesn’t give you much to chew on. The reason most conversations about the shift, ascension, the divergence, the harvest, (or whatever else you want to call it) are vague is because it involves splitting timelines, and discussing timelines is a deep well that’s easy to fall into. I know because more than twenty pages of the second book is devoted to it. So let’s try to make this article an intro to some concepts in the second book.

It is true that energy is bombarding the planet, but the energy itself is not causing the changes. The energy is merely the catalyst for consciousness to empower itself by utilizing the energy and each of us decides how to use it through free will choice. If your consciousness is imbalanced or immature, the energy will push you farther toward whatever self serving goal you are focused on. If you are mature and balanced, the energy will be the fuel you have been waiting for and your consciousness will begin to accelerate. Along with increasing balance and energy in consciousness comes the innate desire to help and assist others as the energy pulls you together. Love at its core component is an energy, an energy that unifies and brings a natural compassion and empathy for everyone as it connects one to another. Love feels wonderful because it is the natural call to order within the universe. That is how you drive your vehicle of consciousness in the darkness of separation; steer toward joy, love, and happiness and you will always find your way home.

Up to this point, the shift into unity has been a gradual process. Those who are embracing the call are finding each other and forming groups. As they do this they pull away from those who no longer resonate with their energy. They will engage in negative energy exchanges less and less because they will be sensitive to the drain in energy that occurs and will not want to lose their “Vibration”. The same will be true of those embracing separation. They will continue to form into hierarchal groups as they attempt to hold the energy of their thoughts high enough to stay relevant. This will become increasingly difficult for them and they will need to form ever larger groups. The more consciousness they can sway to their ideology, the more energy they maintain.

Then one day you wake up… and everything is different. The choices have been made and the timelines have split.

As impossible as it sounds from our current vantage point, the negative groups are gone and along with them, the ideology of separation. If you could imagine a world where everyone cares about the well being of everyone else, what would that look like to you? I don’t know about anyone else but as a kid I always wondered why things felt so much better around Christmas time. Sure I was looking forward to getting a bunch of presents, but beyond that it seemed like I could feel the energy of people ‘lighten up’. People were happy and smiling, thinking about how the present they were getting for someone else would bring both parties joy; in the giving and the receiving. People put lights out to show they were engaged and to make those who viewed them happy. Everyone seemed to care just a little more about each other and it felt really, really good to me. It was as if the world of black and white suddenly had some color. Then January rolled around and it was like someone turned off the energy and things went back to the normal of black and white.

Well guess what? In the new construct that energy will be there everyday and at a level never felt before. It will be a technicolor world the likes of which you have never seen. Everyone will care about everyone else. No one will need to hold their hand out or sleep on the street ever again. Words we use everyday will fall out of our consciousness; mega-rich, oligarch, monarchy, hierarchy, poor, wealthy, hate, etc… The energy of our consciousnesses will have begun to overlap and we will understand the interconnected nature of who and what we really are. This is the actual and true definition of the term “Where we go one, we go all”. It is not a catchy phrase used by the military or some hidden alliance, it is the true nature of consciousness ascending in unity toward the collective.

Part of this energetic overlap in consciousness is the natural ability of telepathy. If your energy is connected with the person sitting next to you and thoughts are energy… deceit, deception, obstruction, and lies become useless artifacts of a bygone era. This is why those who still want to experience and use these items of separation will remain in a construct that provides them that opportunity. It will be different for them after the shift, but I don’t want to talk about the old construct because none of us will be in it so there is no value to providing details.

Because we are in the ascending construct and have entered a higher energy field, we will remember those that are no longer with us and what we left behind. However, the new timeline will be at a higher oscillating wavelength that separates us from the remaining timeline. You will not be able to interact with the remaining timeline or those within it. The capability exists to slip timelines by altering the material frequency of your body within a portable apparatus. The general public does not know this capability currently exists. The awareness of it will come in the new timeline, but its usefulness is limited and unnecessary. The probability of going back to a historical point within your exact timeline is nearly impossible given the number of timelines and variables involved. These mechanically induced abilities are novelties resulting from innate curiosity of the workings of the cosmos and are part of the learning process. As you continue to move up in energetic capacity toward the next octave of consciousness (fifth density) you will gain the ability to ‘see’ the various timelines. By that point in your evolution it won’t be that big of a deal because you will understand the true nature of the universe and your place within it. You will be looking forward as a collective, not backward.

Again I say, embrace unity and love for all because that is the path forward. Discard fear, anger and separation as limiting beliefs. The new age is within our grasp. This is the lifetime we have been waiting for…