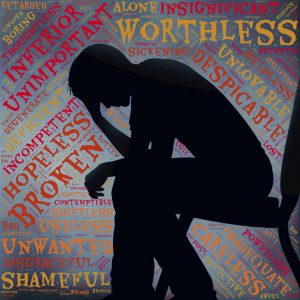 As I begin to write this I contemplate the devastation suicide causes the friends and family members left behind attempting to understand and move beyond such a final decision. There are no words capable of filling the vacuum and unanswered questions this act leaves in the lives of those who loved them. Nothing I can say is going to help heal that in their lifetimes. However, I’m going to write this article because I have been there, at a point where the task of living seemed impossible and the thought of ending my life less so…

The Reality of being there:

The events within someone’s life that brings them to the crossroads of life or self imposed death are as diverse as the people that contemplate it, but the result is the same; you become overwhelmed at the thought of solving your problems. Whatever has occurred in your life has become (in your mind) an insurmountable wall that you feel you can never climb over. The more you think of it, the higher the wall becomes and the larger the shadow it casts upon your future. This is a self imposed limiting belief that will continue to reinforce itself until you act to dissolve this downward spiral. This is where an external perspective becomes important. Beyond a terminal medical diagnosis, few things in life are insurmountable. They only seem that way when you are standing alone at your wall looking up. As soon as someone arrives to help you get over the wall, the daunting task becomes a little easier. The more people that arrive to help and encourage you, the smaller the wall becomes and the easier it is to get past it. Before you know it the wall is behind you, life has taken on new meaning, and you wonder why that tiny bump in your past ever seemed like a problem. The takeaway here is this;

If you are having these thoughts don’t internalize them, TALK TO SOMEONE.

The energetics of what is occurring:

As consciousness embodied upon the planet we are in the process of moving upward in energetic capacity. This is being accomplished by cascading waves of energy washing across the planet that are slowly increasing in magnitude. Consciousness is not created from the grey matter of the brain, that is only the interface where the ego program resides. Your true consciousness exists beyond the body as a rotating array of energetic particulate. The amount of particulate your consciousness contains is proportional to the experiences you have obtained. If you have lived a thousand lifetimes, you will have more particulate than a consciousness who has lived one hundred. Your ability to utilize the incoming energy is directly related to the particulate density of your consciousness and the balance that exists within it.

Category four needs little explanation. They are the awakened masses who are reporting the incoming energies and feeling the results. What you feel as the waves arrive will be a function of where you are in the ascension process.

Category one consists of younger consciousnesses who have not obtained the experience to move forward. There is no judgement in this statement as all of us are traveling along the same path of energetic ascension. Some of us merely began our journey earlier and are farther along the path. The energies are not impacting consciousness at this level because their rotational array is incapable of the required orbital acceleration. They will continue along immersed in the activities of daily life unaware anything is changing.

Categories two and three are what I want to discuss because this is where the energies are going to be felt the most. The geometry of consciousness, its manner of rotation, and the energetics that cause it to rotate are discussed in my book and in previously published articles. What’s important to understand is that imbalances in your rotations manifest as imbalanced thoughts in an otherwise normal person. The brain is the interface between your rotational consciousness and your physical body. Within your brain is the operating program of ego consciousness that is a creation of this lifetime of experiences. For some, the ego consciousness is all there is during a lifetime. For others the experience of your larger consciousness comes through and provides a steering current to guide you toward the lessons you have chosen for your lifetime.

Chemical imbalances and structural deformities can occur within the brain that impede normal thought processes. This is acknowledged, but not the focus of this article. Our focus is on a normal brain in a healthy body and a consciousness evolved enough to be impacted by the rising energies.

As the waves of energies impact the planet, the rotations within your consciousness are being accelerated. If the particulate of your consciousness is in balance, it will assimilate the energy and you will feel a surge within the energy systems of your body as the centripetal acceleration overcomes the moment of inertia within your consciousness. Once it stabilizes at the new velocity, the feeling subsides… until the next higher energy wave comes through. This is the systematic raising of energy that everyone ascending into the new construct is feeling and remarking on; “Did you just feel the energy in that last wave?”

Maybe you did, maybe you didn’t. It depends on what level of energy you are currently at whether the energy impacted you and you felt an acceleration. That’s how the process works in a balanced consciousness at the threshold of adequate particulate density, and those already there and moving forward.

If your consciousness contains imbalances, from traumatic past experiences you have not released, from negatively polarized behaviors, or interactions with others who cause continued imbalances, the energy is going to emphasize them. As your array attempts to spin faster it will increase its wobble and unexpected thoughts will result. What imbalanced thoughts manifest, and how they are reconciled is unique to each individual. What is important is that the person affected is helped to understand, overcome, and remedy the imbalances. This is why the energy is coming in waves of varied intensity at staggered intervals. All are being given the opportunity to correct their imbalances and move forward into the ascending construct. The term collective infers a cooperation among consciousness toward a goal. Our goal is to help everyone who is ready to balance their thoughts and begin to move forward as a cohesive unit.

I am not making the correlation that everyone who contemplates suicide or is emotionally unstable is being adversely affected by the incoming energies. However, the energies have been coming, are coming faster, and are increasing in energetic intensity. If someone in your life has suddenly begun to act erratically and there are no other obvious contributors; changing medications, physical changes, drastic life changes, etc, you may want to check into the last time someone reported a big energy wave hitting the planet. Imbalances not corrected will continue to get worse. If the person is unable to self correct, they need external perspective and guidance to help them regain balance and get past the issue.

Our role as awakened wayshowers to the new collective is to be informed and alert. We must help everyone we can balance and move forward. We are the bridge between worlds and it is our job to extend a hand to anyone reaching toward us. If someone you know needs help, reach out and provide whatever assistance you can that is comfortable for you.

That is love, that is unity, that is where we are heading, one wave at a time.