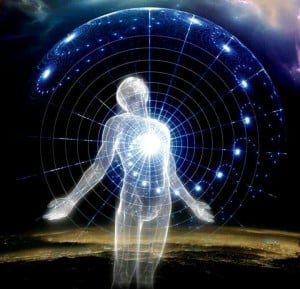 THE FINGERPRINTS OF YOUR SOUL
QUESTION:
In your first book Todd, you talked about how some people are from Earth while others come from other planets. I learned how some of us have been returning home once disembodied. As it relates to ascending with the planet, how would it work with ascending with this planet when your consciousness is not from here? I ask because I was discussing this with a friend and thanks to your book, I gained some insight but when I got to this part I had to stop because I realized I didn’t know this answer.
ANSWER:
I love these type of questions. It shows me that the concepts in my books are taking root in fertile soil and have begun to grow. This is the singular reason I spend so much of my time writing and answering questions.
In my books I use the term “organic consciousness” to identify consciousness that has originated from the seeds of first density within a planetary construct (Figure 5 from book two). All consciousness organically ascending within a planetary first density will contain a “base oscillating wavelength” (Figure 49 from book two) that forever identifies and links them to their originating collective. When conscious particulate shares similar states and properties they become forever intertwined irrespective of distance. This force is very strong when it is your base wavelength, but it occurs to a lesser degree when consciousness shares experiences between them. This is the concept of co-resonance and I will talk about that in a minute. If you have come to earth to assist or observe the ascension, the base wavelength within your consciousness is your connection to home. When your body dies, your base wavelength will differentiate you from the organic planetary collective and you will go home, wherever home is for you. If you ascended into fourth density during your life, you will have acquired extra energy and perspective, but you will still go home.
Now let’s assume you organically ascended into sixth density on a planet in the Alpha Centauri system. The call for help has come from your next door neighbor Earth, and you decide to go there to assist them. You cannot come to a third density construct with a fully formed sixth density particulate consciousness for several reasons, the most important being that the energy you require for the operation of your array is not available (Figure 3 from book two). The solution is to create a smaller portion of yourself, a fragment, and send it to Earth. Everything you are, including your base wavelength, exists within this fragment you have created. Since Earth operates under a veil of forgetfulness, you won’t remember your home on Alpha Centauri until (if) you reach the energy of fourth density.
The primary reason you came to earth is so your energy would tip the scales of polarity into the positive. The energy I speak of is the part sequestered behind the veil that many have no idea they are carrying around with them. This energetic assistance a fragment brings also provides a benefit to them and the collective they will eventually return to. The experience gained during an ascension event is wonderful and unique, no matter what planet it occurs upon. These experiences are encoded, and energy is gained within the fragment as they undergo the shift. When they return home their totality of consciousness expanded, and the experiences made available to the entire collective. I used Alpha Centauri deliberately because they are our in our energetic sector of the galaxy and highly vested in the rebalancing of Earth and its system (Figure 37 from book two).
With an understanding of what happens to visiting fragments, let’s address the concept of shared experiences that create co-resonance. Assume you are a fragment who has played in the Earth construct several times as you attempted to provide assistance. Each time you made energetic “friends” as you shared deep experiences as lovers, parents/children, etc. These shared experiences connect you forever, regardless of distance. The more you experience together, the easier it becomes to do so in a subsequent construct. If you are both fragments, there is no telling what adventures you may come up with, or where in the universe they will occur. I’m sharing this concept because as individuals in a body on Earth we sometimes recoil at the concept of fragments that appear to lose individuality as they join collectives or return to their totality of consciousness. You lose nothing during the transition. Instead, you reclaim your perspective of everything you are and everything you have ever been. It is amazing.
The dance of consciousness is so rich and wonderful, and I can ‘see’ it from my vantage point. My hope is that as I share my perspective with those who are interested, they too can begin to appreciate the beauty and complexity of who and what we truly are.
In service to all,
Todd R Deviney
www,enlightenedaspectproductions.org
The first book: