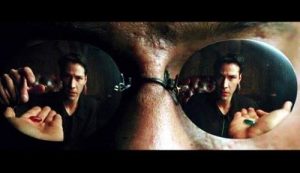 I heard this from another source and would like your input- ” The idea of a massive solar bombardment, termed as a “solar flash” is something that will no longer be a part of your reality. The plan that has been generated through the galactic confederation is now in effect and all previous endeavors of great bombardment through some natural occurrence with your own sun will not play a part in your foreseeable future regarding Earth’s transition and humanity’s ascension into the next density plane of existence. There will continue to be solar activity, but not to the extent of what many have previously predicted regarding an extreme flash of coronal energy penetrating your planet. This timeline has been omitted from your current stream flow on a consciousness level.” My question is – What is the distinction between a massive solar flash and a polarity realignment wave? Through my internet searches I have found several seemingly well intentioned information providers, but few use any kind of standardized terms when discussing what they think they know, and I have only found one other information source that even uses a word similar to polarity. Other than from Todd, I have never heard the term – polarity realignment wave. Any comments, clarifications etc., etc. would be greatly appreciated.

I never comment directly on information that other lightworker types provide so I removed the identifier of authorship from the question. I have struggled with how to respond to this because everyone should be allowed to believe whatever they want. However, the time for dancing around issues is coming to an end.

The first inconsistency I see is an authoritarian statement related to the direction of a co-creational timeline being created by almost eight billion consciousnesses and a system consciousness whose energetic center we identify as our Sun. If you are a sixth density collective (or higher) providing information to a budding collective, you would do so in the context of “Probabilities” not absolutes.

The Sun that we observe providing energy to our solar system is a creational interface translating energy from the Galactic Consciousness into the energetic spectrum we need for our existence. The material emanations that we can observe and quantify are only a portion of what is being shared. Our system of planets exists within a living consciousness. The intensity of emanations from a system star is directly related to the energetic of collective consciousness existing within it. The planet Venus from our vantage point appears as a lifeless inhospitable rock due to the current energetics of the Sun. However, in the linear past it was a living planet where consciousness grew and ascended into the collective. When they finished ascending into their planetary collective it changed the dynamic within the solar system and the sun compensated. Mars… that’s a cautionary lesson that Earth will not repeat.

On Earth we find ourselves at the precipice of change as one construct is separating from another. Concurrent to this process we are also witnessing the phase out of polarization within consciousness. The two are loosely related because one is waiting for the other to occur but let’s consider the effects of each separately and I will bring it together at the end.

The end of the polarity experiment:
Polarity within consciousness was created to be an impediment that would cause positive collectives to form and strive to ascend beyond it. The key to this creation is that it causes a reverse rotation that imbalances consciousness acquiring it. It was meant to add color to the palette of embodied experience, and it certainly lived up to that expectation. The true magnitude of impediment that it would ultimately create was unanticipated. After eons of observation, it has been deemed a poor experiment and is in the final phases of dissipation. Controlled removal requires a slow collapse of polarization as the pathways of overly positive and overly negative converge toward unity. The frantic efforts of negativity to maintain an energetic foothold are becoming easier to identify because larger efforts to generate fear and hatred continue to produce smaller results. We are embodied within one timeline, but there are many in play on Earth. This is a galaxy wide correction and when all parameters are within acceptable limits, a pulse of creational energy will sweep through the galaxy completely neutralizing reverse rotational polarization within consciousness.

This is an energy associated with consciousness that will be felt, not seen. Your heart does not explode with visible flames, fireworks, and lightning when you fall in love… it only feels that way. You will feel the all encompassing bliss of being reunited with the energy of creation as all obstacles to it fall away. What you ‘see’ and how you personally translate this experience will be as unique to you as you are to the universe.

The ascending construct:
Diverging timelines are a normal occurrence within the universe. They occur when collectives of consciousness gain enough energy to begin pushing upon the envelope of the construct they find themselves in. As they join in a common vision, they create a sympathetic resonance that builds upon itself. The stronger and more unified their efforts, the sooner the new reality they wish to create becomes manifest. Understanding this simple concept, the unending efforts to sow division become a transparent attempt to impede the divergence. Nothing can stop what is coming, nothing. Futile efforts to create fear and separation only further identify those not ready to move into the ascending construct.

This brings into focus the fact that there will be two groups of people in separate realities. Something must happen in the physical that explains why there has been a reduction of people and animals in each respective construct. I have watched the divergence as the person I am now from two separate choice points. In one my life ended, and my last thought was “So this is how this one ends”. There was no fear, no apprehension, just calm acceptance. In the other, I am among those who remain as we all come together to create a world of equality where personal acquisition and self-aggrandizement are absurd concepts, as they should be right now.

So… What is the thing that occurs that divides the two constructs?

I have been obviously silent in this regard because this type of discussion elicits a fear response in many as the survival instinct from lower densities automatically engages. I personally have never seen a physical coronal mass ejection or other solar event that divides the constructs, so I have never given credence to conversations that include them. The planetary consciousness of Earth has been held back from energetic expansion because of the reverse polarity within its constructs. This has created an imbalanced harmonic resonance that has prevented it from accelerating into the next octave. That infers that whatever happens as a result of rebalancing and accelerating rotational particulate will occur within the planetary consciousness.

Imagine spinning on a tire swing with your legs outstretched and leaning back. The rotation is slow and awkward and if your friend adds momentum the wobble intensifies as you lurch up and down as you rotate in a circle. If you correct the imbalance by pulling your legs in, you begin spinning much faster as the wobble subsides and your spin around center becomes efficient and precise. Now what happens if we shift that perspective from a child on a swing to a planet covered in soil and water? Before you get on a rocket ship to leave, remember that we are discussing rotational characteristics within consciousness that will translate to planetary effects.
I leave it up to you to decide what that translation looks like from your personal vantage point.

For me it means we all begin to move forward in unity as we put down the toys of separation.