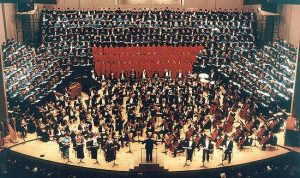 QUESTION: Did you ask about the harmonic convergence?

As I was formulating the above response, I was prodded to look around the internet to see how the term harmonic convergence is being used in the awakening communities.

144,000:
This number is associated with a Baktun in the Mayan calendar, but appears to have gained popularity in religious texts. When these books were written, 144,000 (in 12,000 soul increments) was a large segment of the population. Now that there are 7.5 BILLION people on the planet, this number has lost some of its luster. Consider that there are over 400 million people in the US and England alone. Now think about how widespread the information of awakening has become. Let’s use a conservative estimate and assume that a mere 1% of the population in these two countries are awake and meditating for love and peace; that is 4,000,000 people. Of those 4 million, assume that only 10% of them have properly aligned their rotational vectors to the required state and we have 400,000. Now factor in the rest of the world and I think we can all agree that we passed 144,000 a while ago. Numbers almost always create a hierarchy mentality. Irrespective of numbers, we should all be striving to align to unity consciousness in every moment.

Planetary Grid Points:
The material components of Earth exist within and are manifested by the planetary consciousness. This consciousness is responsible for creating or dissolving the various spacetime constructs that exist for embodied consciousness to ascend through. These constructs (or timelines) are created and synchronized with each other using the planetary energy grid. This energetic lattice criss crosses the globe and specific intersections provide higher levels of energy to the grid than others. These points are known by various names, but people sensitive to energy can feel the energetic emanations in these locations. Congregating in these areas to meditate in the sympathetic co-resonance of unity consciousness provides a wonderful boost to our current timeline. We should all be doing this.

Summary:
Returning to my opening statement, sympathetic co-resonance within consciousness is a requirement for aggregation within the planetary collective. A symphony plays beautiful music when everyone in the orchestra is in ‘harmony’. This is a musical collective. A single out of tune instrument is easily heard within this collective. It is the job of the other musicians to either help retune, or remove the discordant musician so that the symphony can continue.

Everyone embodied in this timeline is part of our symphony of consciousness. We are in the process of retuning our instruments so that they all resonate in sympathetic harmony with each other. As we slowly retune, the music become sweeter and louder. Those who are willing to retune to the new music are being affected faster as the wave of harmony increases. With each new musician playing in key, the music grows and the tempo increases. If you cannot tune to the new frequency you will have to pick up your instrument and leave. Rehearsal is over.

This timeline is our orchestra and when we all play in unison the curtain will open and we will play our collective music as we usher in the new era.

What an amazing time to be alive.