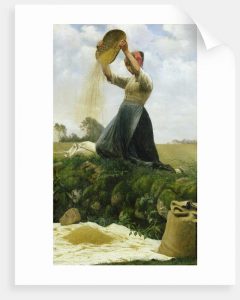 I have not posted anything in a while. During my time of silence I have been looking around the internet and I was surprised by what I found. It seems people are coming out of the woodwork en-masse with connections to aliens, messages from councils, and channelings from all sorts of things. The more I looked, the more I found. It seems that everyone has a self help message, a talk show, or a program that you can purchase to be better than you are right now.

Ascending in energy and perspective is not a destination, it is a process that never ends. One only needs to look at the continuing expansion of our Universe to see that growth in consciousness is infinite. We are at a point on Earth where the energies are affecting those who are ready. The initial response to this new awareness is an eagerness to share your truths with others and this is what I saw as I looked around. This is a wonderful signpost along the pathway toward unity, but it is only one of many.

As you continue to expand the energetics of your consciousness through meditation and focus, the murky water begins to clarify and you start trusting your inner compass. Will your needle point in the same direction as all of the articles you encounter? Of course not because everyone has been gifted with individual experiential perspective. The unique pathway each consciousness took to arrive at this moment colors their perceptions of what is now occurring.

In all of the excitement of increasing energy and connections with higher orders of awareness lies a foundation of truth that must be separated from colorful embellishments, self aggrandizement, or information that does not provide benefit. In agricultural terms this is called ‘winnowing’ and is the process of separating the nutrient portions of wheat from the husk -or chaff- that surrounds and protects it during growth. This same process must be employed by everyone walking the path of ascension.

You have to focus on the information that nourishes your continued growth toward awareness and, more importantly; balance. Balance is the key to continued energetic expansion. Your consciousness beyond the body is a rotating sphere of particulate. Balanced rotations spin faster, regardless of whether they are a tire on your car, a subatomic particle, or photonic consciousness.

You gain balance by focusing upon the objective of increasing positive energy through meditation and service to others while releasing the need for negative detractors. Our current construct still contains the pull of negativity and you can become distracted (and lose balance) if you start focusing on the nuances of what is occurring. An analogy would be the difference between focusing on individual battles like a soldier in the trench, or viewing the entire conflict from the perspective of a General. With that focus in mind, let’s look at a few of the things that popped out at me:

• Are there alien lifeforms here? Is there a battle going on between them?
It doesn’t matter.

The ascension of consciousness through embodiment is a universal constant so the fact that there are lifeforms we consider alien should be expected. Polarity in consciousness has existed in this Galaxy for a long time and several alien species chose the negative path. None of this has any bearing upon the ascension we are currently embarked upon. Nothing can stop what is occurring because it has been decided at a level beyond polarity.

• Is there a big flashy energy event coming that changes everything?
It doesn’t matter.

While I have spoken about this and have been witness to what it looks like, I don’t live my life in anticipation of it or searching for people talking about it. Our role as individual consciousness is to become the best version of ourselves that we can be as our understanding of “Unity consciousness” continues to evolve. If/when something occurs in our lifetime, we have done everything we can to be ready.

• Is the world about to end as a result of… (insert scenario here)?
It doesn’t matter.

We are currently engaged in lifetimes that are important to each of us. It is however, a single lifetime within a multitude we have lived up to this point. The Earth has been restarted on more than two occasions and some of you reading this were there to experience it (I know because I have given you regression sessions). Part of the ascension process requires you to release the focus on a single life as you begin to see the larger picture of balance and ascension within an inextinguishable consciousness. We should govern our interactions to the highest standards possible, being honest, genuine, and compassionate with all we encounter. Ascension brings unity and as separation falls away, deception becomes impossible. If you operate to this standard, it does not matter how or when the incarnation ends.

I’m not going to say these messages don’t matter, because they may matter to you depending upon your current perspective. Messages of love and unity and ways to improve your interactions with others are helpful. However, I would suggest that you pay close attention to how the messages make you feel. Messages that cause fear or worry should make you question the source. Consciousness beyond polarity will never provide information that elicits negative responses.

In all of the examples and discussions above, the concept is to find the nuggets of truth that nourish your growth while discarding the coverings that no longer serve you. Will your nuggets be the same as everyone else’s? It doesn’t matter. If it brings you peace, joy or happiness, it is food for your expansion. It is up to each of us to cultivate the awareness of what impacts our energies and in what direction.